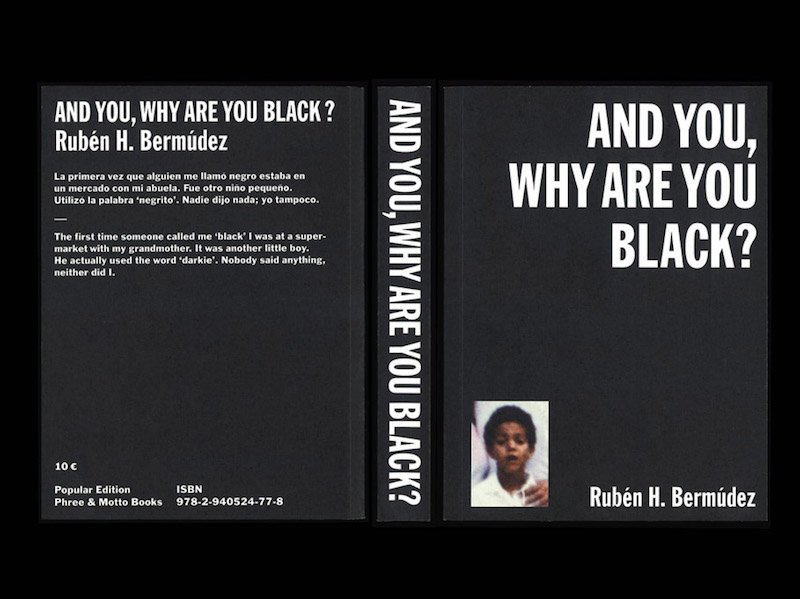 The creator Rubén H. Bermúdez caught the attention of a system that was strange to him—contemporary art—thanks to his 2018 photo book ‘And You, Why Are You Black?’, in which he reflects, through his own images and those of outsiders, on the way in which blackness is represented in Europe. During our interview, he confessed that with this project he began his own process of decolonization, unpacking the racism underlying the question that everyone who met him asked: “if you were born in Spain, why are you black?”

Currently, his project is exhibited at the CA2M art center in the neighbourhood of Móstoles, where he’s from, next to a video that shows the performance ‘They shouted “black” at me’ by Victoria Santa Cruz. In our conversation, we discussed many issues related to blackness: from the persistence of the cliché of the “White Negro,” established by Norman Mailer, to latent racism in films like ‘Back to the Future II,’ reinterpreting scenes like the one in which Marty returns to a nightmare at Hill Valley and finds a black family living in his house. Sometimes, as is the case in Bermúdez’s artistic project, we don’t need subtitles; the images speak for themselves.